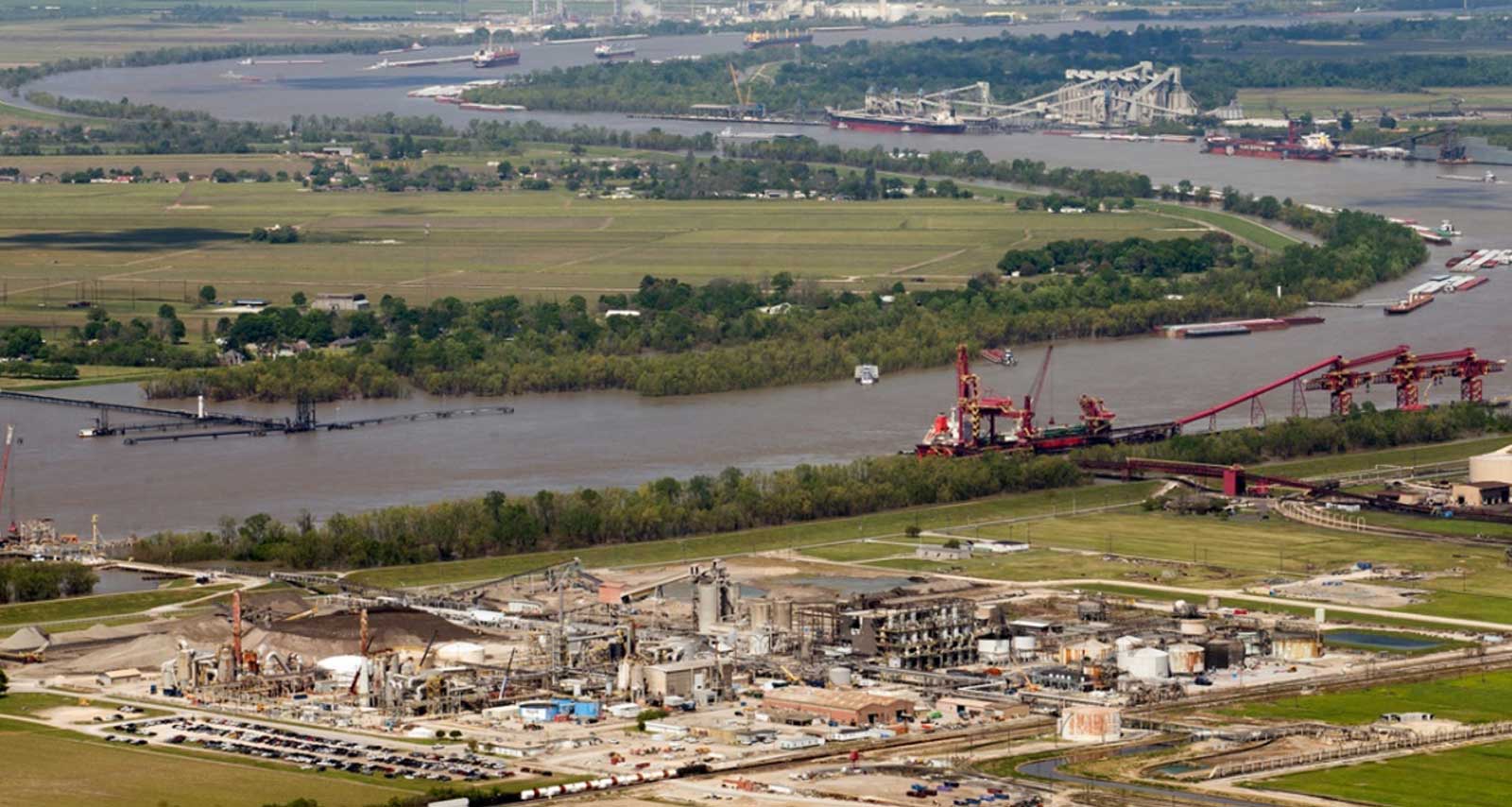 Formosa Petrochemical Corp’s USD 10 billion single-use plastics Sunshine Project facility in Louisiana had its licence suspended by the U.S. Army Corps of Engineers on 4 November 2020. Formosa Petrochemical owns 100% of the subsidiary – FG LA LLC – which is developing the project. FG LA LLC also announced on 19 October they are deferring “major construction until the pandemic has subsided and/or an effective vaccine is widely available.”[i] Now, with its licence suspended, major construction has stopped.

Formosa Petrochemical’s suspended St. James project and the recently cancelled USD 1.25 billion Wanhua Chemical plant in Convent, Louisiana join a growing list of oil refineries in the region that are being shut down,[ii] begging the question of whether large plastics production facilities under construction along the Gulf of Mexico are falling like dominoes? Concerns over plastics pollution and a slowdown in plastic demand appear to be the drivers. In aggregate, all plastics refineries under construction along the Texas and Louisiana coasts, valued at estimated USD 40 billion if completed – values are from company press releases – are forecast to increase U.S. supply of plastics significantly during a period of long-term price and margin declines for the industry.

The proposed project is located along ‘Cancer Alley’ – the area The Guardian calls ‘Cancer Town’[iii] – a region 171 miles (275 km) in length along the Mississippi River, between New Orleans and Baton Rouge. It is known for its dangerous levels of environmental pollution which are disproportionately damaging to low-income and African American communities,[iv] According to independent analysis,[v] levels of carcinogenic chemicals from the project would triple exposure for surrounding communities.[vi]

The Formosa Petrochemical’s Sunshine Project, analysts found, would result in air around the site being “more toxic with cancer-causing chemicals than 99.6% of industrialized areas of the country”.[vii]

The Sunshine Project, which was to be built on 2,400 acres (971 ha) on the banks of the Mississippi River, and ultimately include ten chemical plants, would be one of the largest plastics production facilities in the world if completed.

The proposed ten chemical refineries in the Sunshine Project are:

This project alone would have accounted for 13%, 15% and 36% of forecast estimated U.S. capacity growth between 2020 and 2025, for ethylene, high density polyethylene and linear low-density polyethylene, respectively. These are the core plastics resins that are used in much of the plastic pollution plaguing our oceans. The proposed Sunshine Project would have resulted in significant air pollution and emissions, according to the Center for Biological Diversity. The proposed site ranges from 4 feet to 20 feet (1-6m) above sea-level, excluding the Mississippi River dike, which runs parallel to the site. This is an area prone to more frequent extreme weather, storm surges, flooding and a rising sea-level.

The project is also forecast to receive USD 1.5 billion in tax credits from the state of Louisiana.

In a related case, in 2019, Formosa Petrochemical Corp’s. largest institutional investor – Formosa Plastics Corporation – was fined USD 50 million dollars in the largest private citizen’s lawsuit of its kind in US history, for years of illegally discharging plastics waste and chemicals into Texas coastal waterways from its Point Comfort, Texas facility. The Final Consent Decree requires that Formosa Plastics Corporation be prohibited from discharging any plastic resin or waste into waterways.

For these investors, the suspension of the USD 10 billion Sunshine Project may be a backdoor win, as they may benefit from avoiding capital allocation into markets which are suffering from declining margins and instead profit from deploying capital elsewhere or returning capital to themselves.

[iii] Zanolli, The Guardian (6 November 2019). If there’s a spill, it’s a disaster’: living next to a giant lake of radioactive waste.

[v] Younes, ProPublica (18 November 2019). Polluter’s Paradise: What Could Happen if a $9.4 Billion Chemical Plant Comes to “Cancer Alley” – In St. James Parish, Louisiana, a Taiwanese industrial giant seems likely to be granted a permit to build a billion-dollar plastics plant. Its proposed emissions could triple levels of cancer-causing chemicals in one of the most toxic areas of the U.S.

[vi] Younes, ProPublica (5 November 2020). Polluter’s Paradise: Permit for Controversial $9 Billion Plastics Plant in “Chemical Alley” to Be Put on Hold – Proposed emissions from the plant would triple the levels of cancer-causing chemicals in one of the most toxic areas of the U.S., but the Army Corps of Engineers intends to suspend the permit.

[vii] Younes, ProPublica (5 November 2020). Polluter’s Paradise: Permit for Controversial $9 Billion Plastics Plant in “Chemical Alley” to Be Put on Hold – Proposed emissions from the plant would triple the levels of cancer-causing chemicals in one of the most toxic areas of the U.S., but the Army Corps of Engineers intends to suspend the permit.