Argentina: Sustainable Agriculture, not Deforestation, is the Path to Solvency 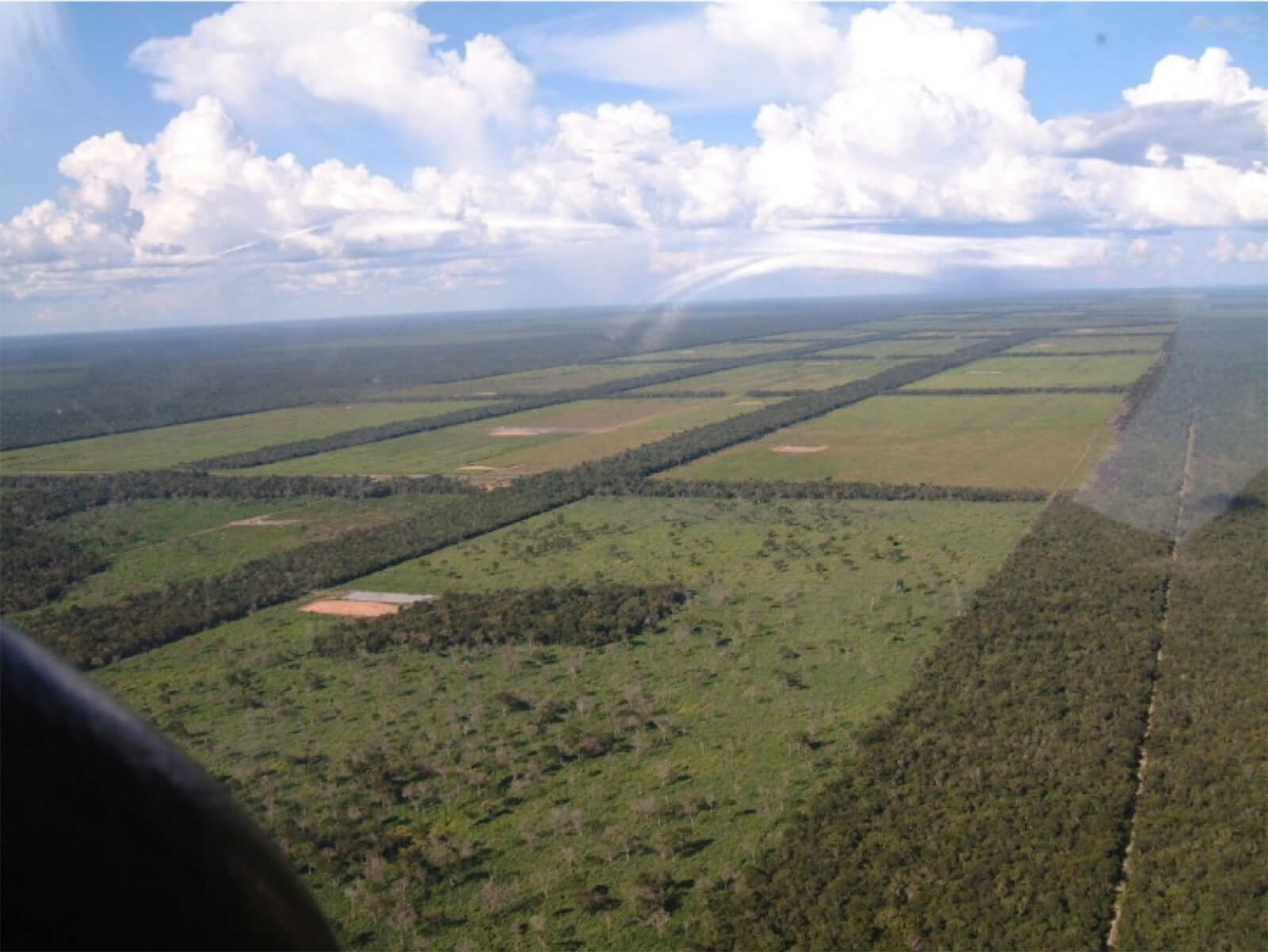 On Sunday 27 October, Argentina elected left-leaning Alberto Fernández as its president, defeating former President Macri by 48% to 40%. Fernández’s coalition government will start on 10 December, further exacerbating Argentina’s fiscal and monetary crisis. Fernández’s vice president is Cristina Fernández de Kirchner, former president of Argentina between 2007 and 2015, who battled farmers during her two-term administration. But Argentina’s farming sector is its biggest driver of USD-denominated exports and treasury receipts. Thus farmers and their sustainability are a key source of funds to fight off Argentina’s pending default, which President-elect Fernández must address immediately.

Fernández faces a long list of economic, monetary, financial and policy constraints including decreasing financial reserves, rising inflation and a recession that are all increasing poverty levels. After the August 2019 primary win by Fernández, credit rating agencies downgraded Argentinian debt to a very high risk of default within the next presidential term. Argentina’s current 5-year default probability is now over 94%. Fitch Ratings, Moody’s and Standard & Poor’s are now classifying Argentina’s debt as junk bonds at CC, Caa2, and CCC- respectively. Argentinian sovereign bonds currently trade at 40 cents on the dollar.

The new Argentinian government has suggested it would like to renegotiate over $30 billion of foreign-currency bonds by extending their term and delaying interest payments. On top of this, Fernández also needs immediately to determine how his government will restructure $101 billion in debt, including its Argentinian Peso and USD denominated debt, along with its $56.3 billion IMF Stand-By Agreement facility due June 2021.

In October 2019, the IMF’s Managing Director Kristalina Georgieva announced that the IMF will now integrate climate risk into financial assessments of high-risk countries. This means that the IMF now has a second chance to address Argentina’s climate-related deforestation-linked agriculture production in its analysis.

But questions remain regarding Argentina’s solvency. Its external debt and its external-debt-to-GDP ratio have respectively increased from $237 billion (37%) to $286 billion (60%) over the last two years. And to make matters more challenging, Argentina’s inflation grew to 5.9% month-over-month in September. Over the previous 12 months, Argentina’s inflation was 53.5%. Argentina has also had six straight quarters of recession. Current Q2 2019 data shows that Argentina’s most recent 12-month GDP was negative at -3.7%.

As Sunday’s election results became clear, the Banco Central de la República Argentina increased capital controls for Argentinian citizens. The central bank decreased dollar purchasing limits from $10,000 a month to now only $200 a month. This increase in capital controls is the central bank’s effort to mitigate capital flight risk, as capital outflows are increasing due to the pending default.

But in its efforts to decrease the depreciation of the Argentinian Peso over the past year, the central bank has spent $22 billion since August 11 leaving its reserves now at $43.5 billion. Thus, the Argentinian Peso is weighed down by the government’s entitlement programmes, its fiscal and monetary policies and, at times, commodity prices that drive treasury receipts. On the other hand, in H1 2019, the weakening Argentinian Peso and the stagnant recession narrowed Argentina’s current account deficit, delivering a surplus to GDP compared to a deficit in H1 2018.

According to the World Bank Sovereign ESG Data Portal launched 29 October 2019, Argentina’s Agriculture, Forestry and Fishing sector added from 4.5% to 10.3% to Argentinian GDP between 1991 and 2017. The last time Argentina had a similar financial crisis, when it defaulted in 2001, the GDP contribution from Agriculture, Forestry, and Fishing spiked 120% the following year from 4.6% to 10.2%.[i]

Over the past three years (see Figure 1), Argentina has increasingly relied on soybean exports to grow its tax base with soybean and soybean product export tax rates ranging from 24% to 29% of every dollar exported. With an expanding financial and monetary crisis, the new government may deploy soybean export quotas and increase taxes to move towards fiscal and monetary solvency.

According to Argentina’s Instituto Nacional de Estadística y Censos, Argentina’s non-seasonally adjusted agriculture contribution to GDP growth rate between Q2 2017 and Q2 2018 was almost 50% down year-on-year.[ii] This decrease results from the severe drought the country experienced in 2017/18 that caused up to $8 billion in economic damage. During Argentina’s last financial default in 2001, the country’s net forest depletion spiked the following year. This time around Argentina can make a better choice and migrate its agriculture production towards sustainability.[iii]

After negotiating for 20 years, in June 2019 Mercosur – the Southern Common Market, established in 1994, whose full members are Argentina, Brazil, Paraguay, and Uruguay – and the European Union agreed on a trade deal. For USD treasury receipt-dependent Argentina, this trade deal is good news. But first, all parties need to ratify the agreement, which may take two more years. Once the Mercosur-EU trade deal is ratified, the EU has offered a liberalization for 80% of Argentina’s industrial exports to the EU.[iv]

From 2008 to 2017, Argentina’s soybean and soybean product exports are estimated at $180 billion[v] or about one-quarter of Argentina’s total exports. But as African Swine Flu is affecting China’s demand for imported soybeans, this may also negatively impact Argentina’s USD-denominated treasury receipts from its soybean exports. This is because in 2018, 97% of Argentina’s whole soybean exports went to China.

Yet China and Argentina have a special trade relationship, including price premiums,[vi] because of China’s interest in Argentina’s Vaca Muerta natural gas fields, which the Energy Information Agency considers to be the second largest natural gas play in the world, after Eagle Ford in the U.S.

But the EU has also recently passed its Renewable Energy Directive II which would decrease Argentina’s deforestation-linked soybean exports to the EU beginning in 2023.[vii] Investors should support Argentina’s government in moving its soy exports towards sustainability because the Directive and other similar EU policies, such as the EU Action on Deforestation and Forest Degradation,[viii] exclude deforestation-linked agriculture commodities. These commodities matter to investors because from 2008 to 2017, Argentina suffered an estimated 3 million hectares of tree cover loss, equal to the size of Belgium, in the environmentally sensitive Dry Gran Chaco region.[ix]

Argentina faces a clear choice: Argentina can sustain itself by feeding the planet sustainably.

To do this, Argentina can achieve the EU’s deforestion-linked commodities criteria so as earn USD-denominated treasury receipts to manage its sovereign debt. Fernández’ new government can embrace the tailwinds of sustainable agriculture, like soy, that its buyers want to purchase while mitigating Argentina’s default risk.

See the latest Planet Tracker, LSE & Grantham Research Institute  NewsBrief:
‘WHY THE FATE OF THE AMAZON IS A GROWING ISSUE FOR INVESTORS IN SOVEREIGN BONDS’

LSE’s Grantham Research Institute and Planet Tracker are collaborating on in-depth research examining the links between natural capital and sovereign bonds, focusing initially on Argentina and Brazil and will publish results in early 2020.