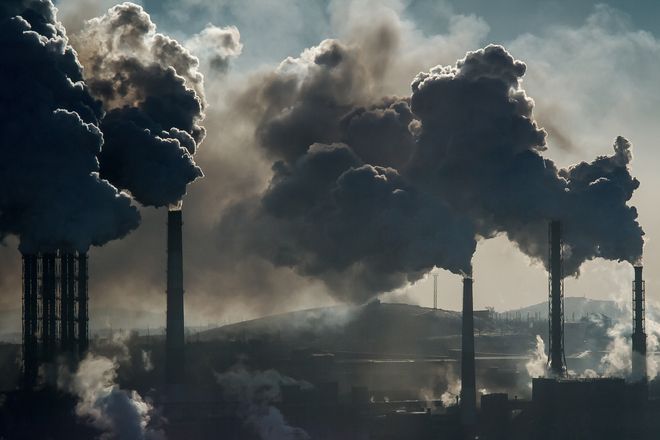 New York City, 20 September 2022: In a new report launched at New York Climate Week, Toxic Fog – Known Unknowns, Planet Tracker has revealed the regulatory weaknesses around toxic releases that are currently hidden from both investors and the public – despite the clear health hazards – which the Environmental Protection Agency (EPA) is not permitted to reveal.

In light of the paper’s findings, Planet Tracker is calling for financial institutions to demand transparency on toxic emissions so they can conduct a thorough risk assessment of their investments.

Toxic Fog follows on from Toxic Footprints, a previous research paper published by Planet Tracker in July, which revealed the prevalence, toxicity and effect on human health of chemical pollutants, and the facilities most accountable for them.

The report highlights ten major failings regarding toxic emissions. These are split into two categories: data that is hidden from view, but which is still allowed under current regulations, and areas where data transparency can be improved.

Failings within the first category include:

In the second category, Planet Tracker identifies areas where data can be improved, or further explanation provided, including::

The Toxic Fog report reminds readers of the five facilities that regularly and notably contribute toxic emissions to their local environments and communities,. Olin Corp is named the U.S.’s most hazardous company, with two facilities in the Gulf area that account for more than 52 percent of total chemical releases.

Berkshire Hathaway’s Deer Park Plant, run by Lubrizol in Texas, released more than 46,000 pounds of production-related chemicals. In addition, American Acryl’s Bayport Plant released between 14,000 and 144,000 pounds a year between 2007 and 2019.

John Willis, Planet Tracker’s Director of Research, comments: “These ten known unknowns create an operating environment that allows businesses to avoid scrutiny of their chemical releases. Financial institutions can put a stop to this fogginess. By fully understanding the toxic footprint of their investments and their effect on both the environment and human health, they can undertake a fully informed and accurate risk/reward assessment for themselves and for their clients. It’s past time for proper due diligence of the petrochemical industry”.

Planet Tracker is a non-profit financial think tank producing analytics and reports to align capital markets with planetary boundaries. Our mission is to create significant and irreversible transformation of global financial activities by 2030. By informing, enabling and mobilising the transformative power of capital markets we aim to deliver a financial system that is fully aligned with a net-zero, nature-positive economy. Planet Tracker proactively engages with financial institutions to drive change in their investment strategies. We ensure they know exactly what risk is built into their investments and identify opportunities from funding the systems transformations we advocate.

The goal of Plastics Tracker is to stem the flow of environmentally damaging plastics and related-products that are creating global waste and health issues by transparently mapping capital flows and influence in the sector, starting from the production of resins through to product-use. By illuminating risks related to natural capital degradation and depletion, investors, lenders and other corporate stakeholders across the economy will be enabled to create more sustainable plastics products.